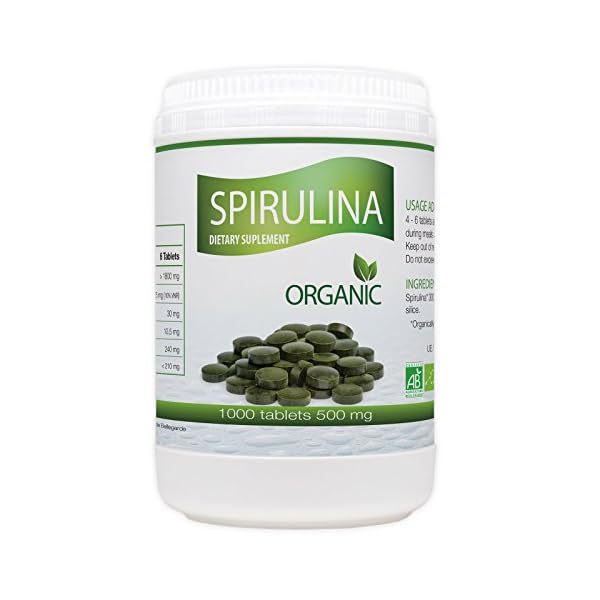 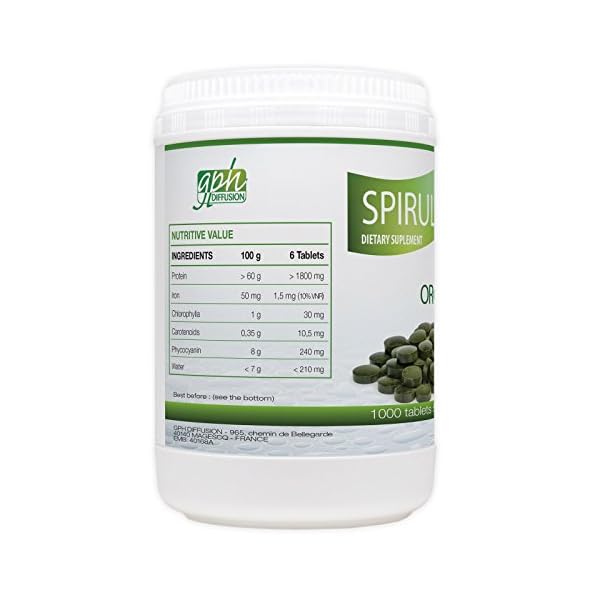 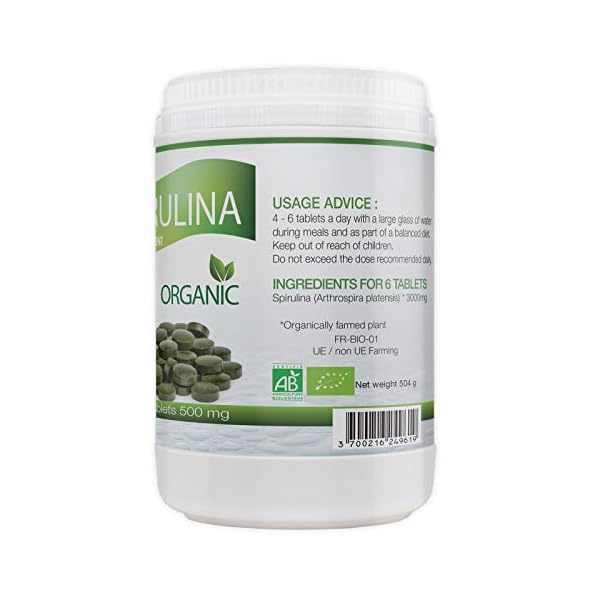 Product prices and availability are accurate as of the date/time indicated and are subject to change. Any price and availability information displayed on [relevant Amazon Site(s), as applicable] at the time of purchase will apply to the purchase of this product.

Spirulina is a cyanobacterium (blue-green algae) that can be consumed by humans and other animals. There are two species, Arthrospira platensis and Arthrospira maxima. Arthrospira is cultivated worldwide; used as a dietary supplement as well as a whole food; and is also available in tablet, flake and powder form. It is also used as a feed supplement in the aquaculture, aquarium and poultry industries.The maxima and plaetensis species were once classified in the genus Spirulina. The common name, Spirulina, refers to the dried biomass of Arthrospira platensis, which belongs to the oxygenic photosynthetic bacteria that cover the groups Cyanobacteria and Prochlorales. These photosynthetic organisms, Cyanobacteria, were first considered as algae until 1962 and for the first time, these blue green algae were added to prokaryote kingdom and proposed to call these microorganisms as Cyanobacteria where algae is considered to be a very large and diverse group of eukaryotic organisms. The worldwide research on microalgae was carried out in the name of Spirulina, but the original species exploited as food with excellent health properties belongs to genus Arthrospira. This common difference between scientists and customers is difficult to change. These Arthrospira genus, constitute a helical trichomes of varying size and with various degree of coiling including tightly coiled morphology to even straight uncoiled form. The filaments are solitary and reproduce by binary fission and the cells of the trichomes vary from 2 μm to 12 μm and can sometime reach up to 16 μm. Species of the genus Arthrospira have been isolated from alkaline brackish and saline waters in tropical and subtropical regions.

Organic Spirulina – 500 mg per tablet – 1000 Tablets
Arthrospira platensis
Organically farmed plant
4 – 6 tablets a day with a large glass of water during meals and as part of a balanced diet.

Any cookies that may not be particularly necessary for the website to function and is used specifically to collect user personal data via analytics, ads, other embedded contents are termed as non-necessary cookies. It is mandatory to procure user consent prior to running these cookies on your website.